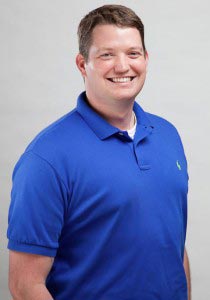 Dr. Jon is a kid at heart. His wife will tell you that he is a pediatric dentist so that he never has to grow up. She’s probably right. Being the youngest of 4 children, having 14 nieces and nephews along with growing up with innumerable cousins, he has been around kids all of his life. His family is so big he would have to sit down with pen and paper to count them all. That’s probably because he’s from Arkansas!

Working with children just comes natural to Dr. Jon. He spent most of his summers in high school volunteering at children’s camps and Vacation Bible schools. He’s also spent over seven years actively working in youth and children’s ministry. He’s actually a licensed minister! Not only that, he’s also a certified teacher, having spent over 4 years teaching high school to graduate level courses. He has two undergraduate degrees from Ouachita Baptist University including a Bachelor of Arts in Biblical Studies with a minor in Hebrew and a Bachelor of Science in Biology with a minor in Chemistry. That’s pretty crazy, but he’s a confessed nerd and loves it!

Dr. Jon eventually decided to go to dental school at Baylor College of Dentistry. After practicing General Dentistry for two years he finally realized what everyone had been telling him all along. He needed to specialize in pediatric dentistry. He attended a two-year residency program at Baylor College of Dentistry, which includes clinics at Texas Scottish Rite Hospital and Children’s Medical Center. Looking back at his life, he used to think his career path wound all over the place, but now he can see that everything he did was leading to what he does now. It was the perfect path to mold him into the pediatric dentist he is today.

In his personal life, he is married to the most wonderful woman in the entire world, Meredith. Dr Jon’s favorite thing about Meredith is that she can make him belly laugh every day. If you haven’t heard Dr Jon’s belly laugh, you need to come by and check it out. It’s very contagious! They have one daughter, Quinn Ann, who was born on Thanksgiving Day 2012 and a little boy, Collin Wesley, who was born last August. They are both the biggest blessings!

Meredith played goalie at the University of Georgia and now catches babies as an OB/GYN at Frisco OB/GYN. In their free time, they love spending time with their families and watching college sports (Razorbacks or Bulldogs especially).  They also have an English Bulldog named Maggie. When he is able to travel, Dr Jon loves to take part in Mission trips. He has been on over 8 trips to Mexico to provide free dental care at orphanages and churches. He has a passion for reading and usually has 3 or 4 books going at the same time. 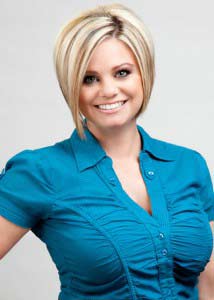 Amy is the Office Manager at McClure Pediatric Dentistry and has worked in dentistry for 20 years. She began as a chair side assistant and shined at that for 8 years. Even though she was an amazing chair side assistant, her employer realized her skills and abilities with people went far beyond helping the dentist in the operatory. She was given a promotion to move to the front office so she could work one on one with patients as a treatment coordinator. She greatly enjoyed that opportunity and excelled at it for another 7 years. After meeting Amy through a mutual friend, Dr Jon knew that he had to have her as a part of his dental team. He sought her out and she has been part of McClure Pediatric Dentistry since July 2012. Dr. Jon is more thankful every day for the abilities and insights that Amy brings to the office.

Lisa has been in dentistry for over 10 years. She graduated with a B.S. in Dental Hygiene from Texas Woman’s University and has been a Dental Hygienist for over 9 years. Lisa has been with McClure Pediatric Dentistry since January 2015, but has known Dr. Jon and Amy since 2013. She’s been married to a wonderful man for over 7 years, and is a mother to an amazing son named Oliver, and 2 little dogs. When she is not working or taking care of the house, she likes to spend her time eating, shopping, traveling, baking, reading, playing video games, and watching movies (especially comic book movies). Lisa’s favorite time of year is Christmas time. She loves everything about it, especially participating in the Angel Tree. Her favorite quote is, “’For I know the plans I have for you,” declares the Lord, “plans to prosper you and not to harm you, plans to give you hope and a future.’” Jeremiah 29:11

Shelia has been in dentistry for more than 30 years, and brings a wealth of knowledge and experience to our practice. She graduated from El Centro College in Dallas with an Associate Degree in Dental Assisting in 1985 and has been working in Pediatric Dentistry for most of her career. She started working for McClure Pediatric Dentistry in February 2016, and we are so happy to have her! Shelia is a Registered Dental Assistant and is Dr. Jon’s right hand woman! She says she loves coming to work everyday because it’s a positive environment and she gets to help make patients feel comfortable and leave happy. Shelia has one son, Aston, and enjoys spending her free time with family, friends and traveling. She enjoys taking long walks and working out with Texas Fit Chicks. She’s also an avid Turner Classic Movies fan.

Keishondra started working for McClure Pediatric Dentistry in August of 2017. She is thrilled to be part of the team, and is excited about using her administrative skills in the Scheduling Coordinator position. Keishondra met Dr. Jon while at her old job at Chase Bank about two years ago. Dr. Jon always enjoyed her smile and her warm presence and is excited that she is now on our team. In her free time, Keishondra likes to read, study the Bible, pray, sing, write songs and poetry, and watch movies. She also likes to go to church and spend time with her wonderful fiancé Jevon.